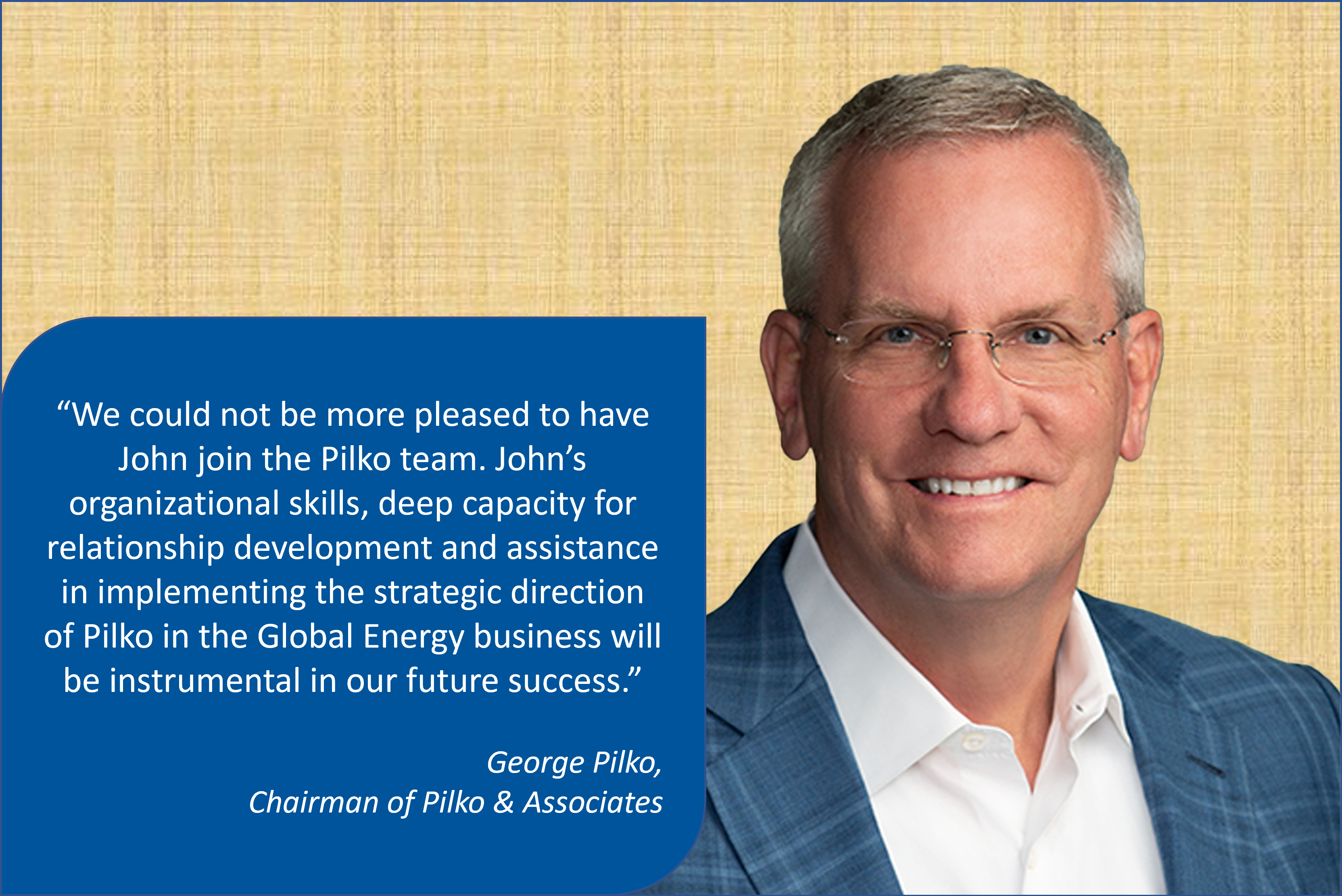 We are pleased to announce that John Basil, Jr., has joined Pilko & Associates

Pilko & Associates is pleased to announce that John Basil, Jr., has joined the firm as Senior Vice President and will lead Business Development and Marketing and assist in implementing the company’s global strategy. In this role, he will work closely with George Pilko, Chairman, and the Pilko Leadership Team.

“We could not be more pleased to have John join the Pilko team,” stated George Pilko, Chairman of Pilko & Associates. “John’s organizational skills, deep capacity for relationship development and assistance in implementing the strategic direction of Pilko in the Global Energy business will be instrumental in our future success.”

About John Basil
John was recently Vice President of Becht, a family-owned firm providing consulting services to the energy sector. John developed and implemented a worldwide business development and marketing organization shepherding long-term strategic growth. He also served as the corporation General Manager responsible for the business operations of the firm.

Prior to Becht, John served as CEO and President of BIS Frucon Engineering, a German-held design engineering firm in the consumer products, pulp/paper and food industries. In this role, he was responsible for company strategy, including business development, project execution, business operations and integration of US-based functions with the holding company.

In a previous role, John was Vice President and General Manager of Ambitech Engineering, leading business development, operations and project execution for this capital projects design engineering firm. After leading the project management group in the Chicago headquarters, John assumed responsibility for the Saint Louis operation, substantially increasing revenue. He then opened a new office in New Jersey, capitalizing on the large base of industry, resulting in significant office growth.

John is a retired United States Navy Reserve officer with assignments as a submarine officer on the USS Ray (SSN-653), lead instructor at the Navy Submarine School, Commanding Officer of a reserve submarine support unit, and a reserve advisor to the CENTCOM Joint Task Force.

Mike McCandless is Promoted to Managing Director and Pilko Fellow